Matt purchased this JDM Gen 7 Celica 190 back in 2010 and the process of changing it from a capable car into a beast began. Early work was based around servicing and maintenance before mods started to be done to the engine, bodywork (including a respray), and of course a full set of Skewer graphics.

With this set, Matt knew exactly what he wanted and sent me an image of how they were to sit on the car - an outline of the main islands of Japan, filled with the rising sun of the old Japanese flag, then overlayed with his nickname, Splinter, in kanji. One or two other touches we added. I created the artwork to match, we tweaked it a little, and then got it done. Matt did the fitting himself.

The graphics really complimented the rest of the work already done to the exterior, it was looking the complete package now. Matt's not rested on his laurels though, further work was done with the interior and a major remodel of the front end was completed, all home grown effort - Gen 1 Celica bonnet vents and a hybrid bumper combining the Gen 7 upper section with the lower section of an Evo 8 bumper. Far easier to say than do, but the results are pretty awesome.

As work progressed, Matt needed a bit more Skewer magic. First off a set of carbon fibre number plates to show off the new reg and a new sunstrip. I was given a bit more freedom with sunstrip so went for an assymetric design with Project Moo text, Splinter kanji and a girls face in a manga style. The sunstrip was curved to ensure it sat flat when fitted to the screen.

Moo is moving in the direction of being more of a track weapon now, so a lot of the hard work on the interior is coming out! The car is currently in hibernation awaiting the next phase. Despite having a mod list as long as an orangutan's arm, there's more to come - forged build with boost 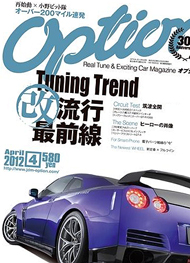 The Skewer website may not be the ultimate high street tuning magazine, but getting a feature is still cool. Could the next one be you?